Countries are increasingly blocking access to social media, news sites and other websites for political reasons. In the United States, the Senate is considering a bill to block internet content deemed harmful by any company or individual that hosts it. What do you think about this? 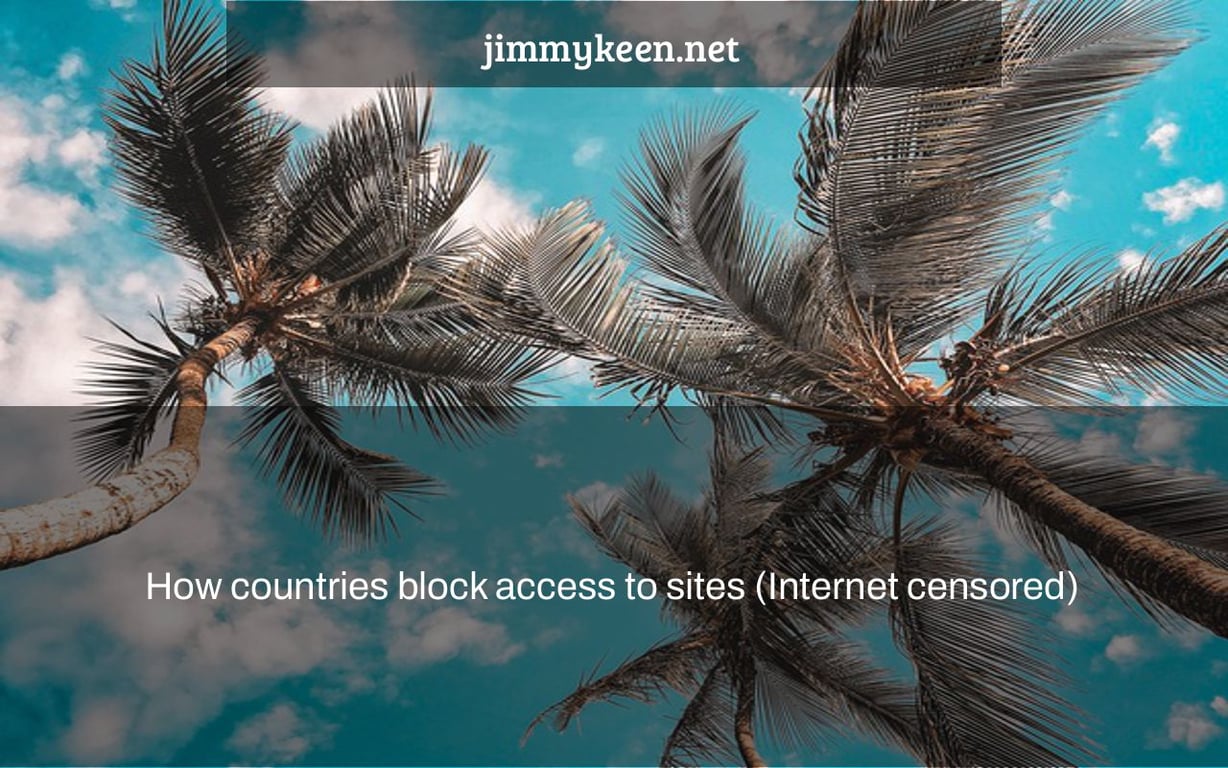 Internet censorship on a global scale: how governments block websites, what successful tactics are used, and why.

Many nations throughout the globe have sophisticated methods in place to limit open Internet access, displaying only sites allowed or aligned with the policies of the government in charge to users on their territory. These limitations are imposed at the backbone network level (i.e., the carriers that transport the Internet throughout the country), therefore they cannot be circumvented without the use of more complex obfuscation techniques.

Looking at why internet censorship is used (usually for more authoritarian forms of government), we’ll show you how countries censor the internet, what effective methods are used, and how to get around these controls in the guide below, with an emphasis on what is done in authoritarian states (where one also risks imprisonment or the death penalty for accessing prohibited information).

The government in poorer countries with more or less disguised dictatorships is concerned that people may use the internet to organize street disturbances or acquire unfiltered information, putting the organs of power or those in charge of politics in a terrible light. nationwide. For organizing events, flash mobs, and rioting, the Internet is a powerful tool.

To prevent individuals from distributing messages and arranging meetings, authoritarian regimes routinely ban the most widely used social networks in the world (Facebook and Twitter), as well as communications like WhatsApp and Skype.

This is one of the reasons why all Western sites that the government cannot control are censored in China, but it is not the only one. Those in authority are scared of tarnishing their public image and prefer to keep what occurs behind their boundaries hidden.

Countries like China and, particularly, North Korea, are highly concerned with concealing what its citizens think of them on the outside while also eager to display only favorable aspects to other nations across the globe.

In certain nations, such as the Arab world, there is also “social” internet censorship, which prevents people from accessing sites about sex, gambling, illicit drugs, and other themes.

With the commencement of the crisis in Ukraine in Russia, for example, all information is tightly restricted, and only government-approved content may be viewed. In actuality, all free information on the Internet is prohibited, with only institutional or journalistic sites “associated” with the government agenda being given access.

Another sort of censorship is “self-defense” censorship, in which material is blocked in order to prevent people from discovering how to circumvent the state’s blocks and filters. In essence, the purpose of internet censorship is to keep particular news and information from reaching public domain.

Requesting that ISPs ban access to certain websites inside a nation using DNS blocking is one of the most effective and easiest methods to do so. In Italy, this strategy is also used to prevent access to pirated websites (hosted on foreign servers) that are hidden by the Guardia di Finanza.

If the state owns the whole Internet infrastructure, the most brutal governments may strengthen the blockage. A provider may block access to a website in the following ways:

The last block is quite complex and enables you to effectively restrict access to practically all websites; in basic words, it is an identifying number for a range of IP addresses issued to a country’s provider. If a government wishes to prohibit a website, it may “trick” its infrastructure by using a smaller ASN that doesn’t include the blocked site’s IP. The government then makes routers believe that a site’s IP address is located inside the nation, limiting access.

The Great Firewall is China’s sophisticated control system, and it is one of the most effective in the world, since the authorities are always able to track down people seeking free information or information from overseas.

Which nations have the most internet censorship?

At the time of writing, the following nations use sophisticated censoring measures for Internet access:

Travelers visiting these nations must follow rigorous Internet laws, avoid free information or anti-freedom websites, and utilize sophisticated security measures on all phones, tablets, and computers in their hands.

On the Comparitech website, you may use an instant online tool to see whether a website is prohibited in China, Russia, Turkey, and other countries where internet censorship is in effect. The same site also provides a globe map of internet censorship (shown above), which includes a full description of all the sites blocked in different regions of the world.

How to get over the filtered internet’s blocks

Blocks imposed by totalitarian countries are regarded to be difficult to circumvent by the average user. Travelers visiting these countries, as well as those who reside in Russia or China, may use a sophisticated obfuscation technology accessible only via premium VPN to escape being controlled (and spied on) and to view all the online sites they want.

Those who wish to attempt a free protection system may combine the protection of one Free VPN with the Tor connection to create a double layer of security. This isn’t certain to work, but it’s the only method to get through censorship filters on the internet.

Internet censorship is a well-established fact in many countries throughout the world: maintaining control over information and news is crucial for long-term authority, and any “dissenting voice” or uncontrolled information must be stopped and suppressed. As a result, even in nations where censorship is not suspected, we always advocate utilizing a VPN while traveling overseas for vacation or business.

For more information, see our instructions on how to browse the internet secretly using a proxy, vpn, or fake IP address, as well as the best VPNs for Android, free and unlimited iPhones.

The “internet censorship ranking” is a list of countries that block access to sites. It ranks each country based on how much they censor the internet.

Downloaded fonts not showing up in Silhouette Studio? Here’s a quick fix