The Software Center is Ubuntu’s official app store. It provides a one-stop shop for buying and installing software on your PC, but it can be frustratingly clunky to use. 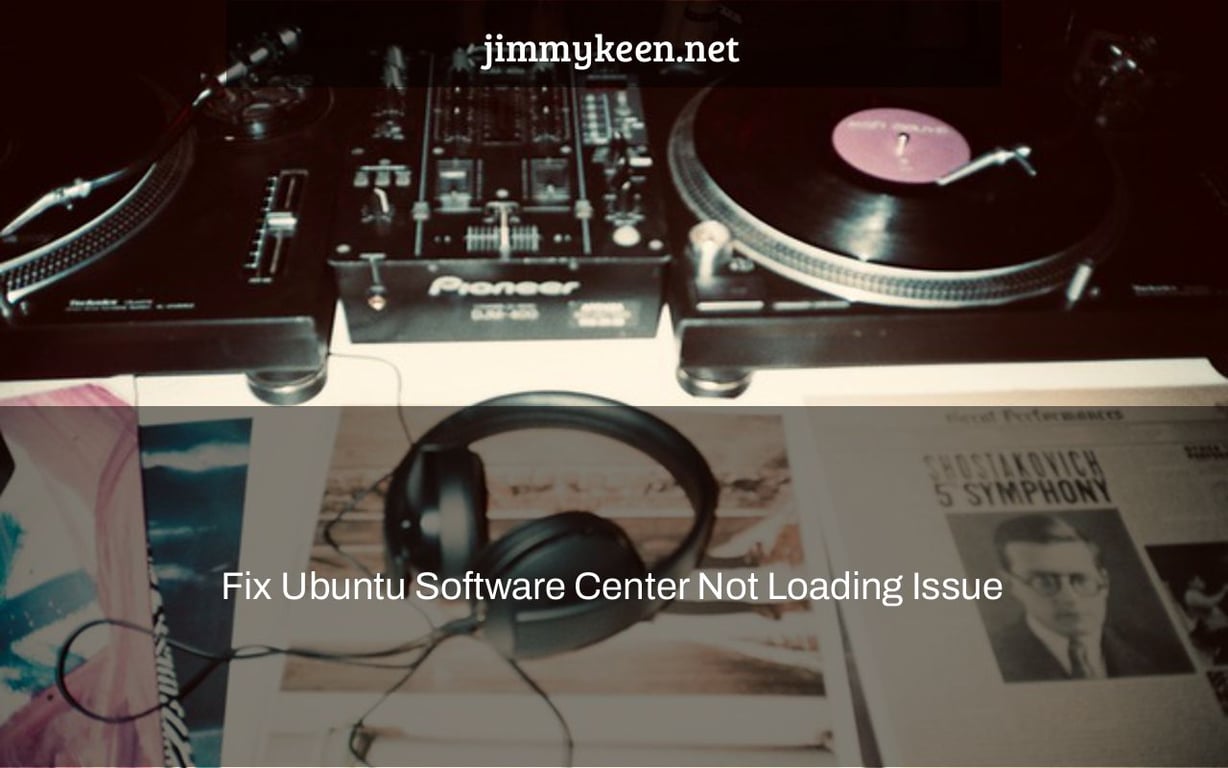 Ubuntu Applications Center has a rich history, but the bottom line is that you can use it to quickly, accurately, and easily install software on your Linux system. To begin with, it isn’t a major issue. We’ll go through five solutions, and there’s a good probability that at least one of them will work for you:

1. Keeping the system up to date

One of the major reasons behind the Ubuntu software center not loading is that you’re using an outdated system. When you have installed many applications over some time without updating the system, it’s surely going to take a toll on it at some point. There’s not much harm in updating your system anyway, even if it doesn’t work as a great solution. You’re almost destined to find an improved GUI which is going to make the whole experience a lot smoother. You should run a command. “Sudo apt update && sudo apt -y upgrade” is the command and once you run it, you have to wait for a bit until the system gets updated.

Restarting the center from the beginning is another easy method to consider. It’s problematic when you’ve been running it for too long and your system has become too reliant on it. At some point, it’s going to take a toll on it. When you keep adding all of the necessary software to your system, things will eventually stop operating the way you want them to.

If Ubuntu Software Center isn’t loading, don’t be concerned. You must shut the center and begin the process all over again. To do so, open a terminal and type “kill all gnome-software” at the command prompt. Because the command will take some time to execute and finish the procedure, you must be patient throughout. After you’ve finished the whole procedure, you’ll need to open the Software Center.

If none of the above-mentioned methods is working out, the next thing you can try to do is restart the centre. Generally, reinstalling it is going to take far more time. But if you’re continuously seeing the error, you don’t have many options available. There are two commands to reinstall the Ubuntu Software Center. One of them is “Sudo apt autoremove gnome-software && Sudo apt install gnome-software” which is going to be successful in most cases. In circumstances where this command doesn’t work, you can choose an alternative in “Sudo apt install –reinstall software-centre”.

There’s a good possibility that one of the two instructions will make a difference in your system. As previously said, the procedure may take far longer than the above-mentioned remedies. You must be patient and anticipate it to be beneficial to you.

Some users are too reliant on the Ubuntu Software Center. People prefer to root for it since it makes the process of installing a certain piece of software simple. It will add to the software center’s cache memory as it is utilized more often and occasionally. It will make any procedure difficult to operate smoothly. So if Ubuntu Software Center isn’t loading, it may be because you’ve become too reliant on it.

Clearing the cache memory is one approach to start again. Although it will take less time, it is very hazardous since there is a good probability that crucial data on the software center may be lost. To remove the apt cache, run the command “sudo apt clean.” If you want to re-download the repository list, use “Sudo apt update.”

It’s considered one of the greatest Ubuntu Software Center alternatives. To modify the dynamics of installing different apps on your Linux, perform the command “Sudo apt install synaptic.” Synaptic isn’t as well-known as Ubuntu Software Center since it’s not as user-friendly. However, it is thought to be less resource-intensive. So, even if you’re using an ancient Linux operating system, Synaptic will run well.

Given all of Software Center’s critical functions, the fact that it isn’t loading is a major issue. Here are some of its most important features:

The Ubuntu Applications Center is designed to make the process of obtaining and installing software even easier. If Ubuntu Software Center is not loading and you need to use it for a critical reason, you should try one of the solutions listed below. Unless the problem is too severe to tackle, all of these remedies would only take a few minutes!

The “ubuntu software not opening reddit” is a problem that has been present for a while. Ubuntu has released an update to fix the issue.

How do I fix Ubuntu Software Center?

A: Please refer to the Ubuntu Software Center Troubleshooting.

How do I fix Software Center not opening?

A: To fix Software Center not opening, please see this guide.

A: Ubuntu is not loading programs because Windows 10 has automatically locked you out of your computer.