ASUS TUF & ROG entry-level gaming laptops has come a long way in the last few years. The improvements have made these computers one of the best for gamers on a budget, with new features being added all the time that make them better and cheaper than ever before.

ASUS TUF & ROG Entry Level Gaming Laptops Has Come a Long way, in a good way with added features. ASUS has released their new 3080 model which is an updated version of the previous TUF series. The new model comes with upgraded specs and a better design. 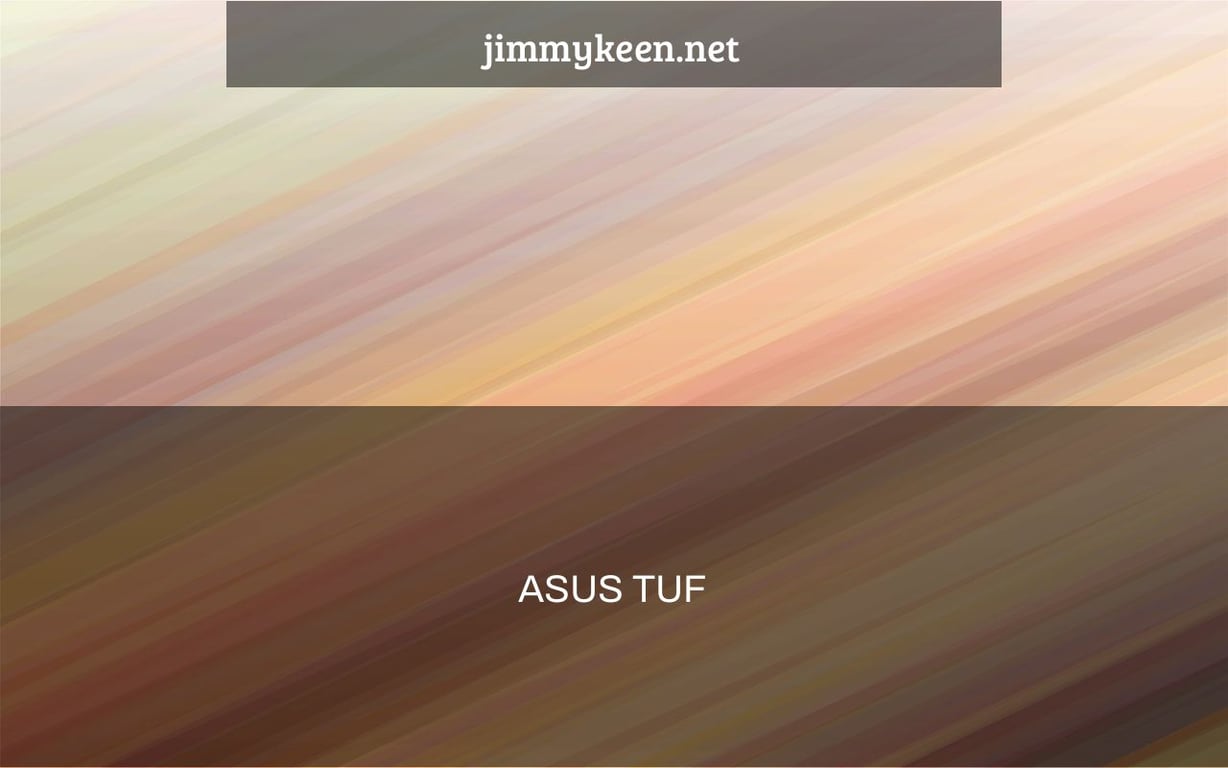 It’s reasonable to say that we have a plethora of laptop options, and most customers will go for the most powerful machine since it’s more costly and has the best specifications. While this is true in most situations, entry-level gaming laptops have gone a long way in recent years, and there is no longer a need to buy the most costly ones off the shelf.

To put it simply, as the name implies, it’s an entry-level gaming laptop with sufficient processing speed to enable users to play the games they desire. NVIDIA’s GeForce GTX or its Ray tracing brothers, RTX, are usually found in these laptops.

While the naming structure is the same for both laptop and desktop GPUs, performance varies greatly. For example, even the same GPU on a laptop and a desktop has vastly different performance. Because of the differing TDP based chip in it, laptops in general have much poorer performance with higher tier GPUs like the 3070 and 3080. This is a significant influencing element, thus wouldn’t it make sense to buy an Entry Level Gaming Laptop that has a relatively little performance differential from a higher tier Laptop?

Many customers who choose a higher-performance laptop don’t even utilize it to its full potential, which begs the question: do you really need it when you can buy something less expensive and still be satisfied with your purchase?

ASUS TUF Dash F15 is quite the dasher. 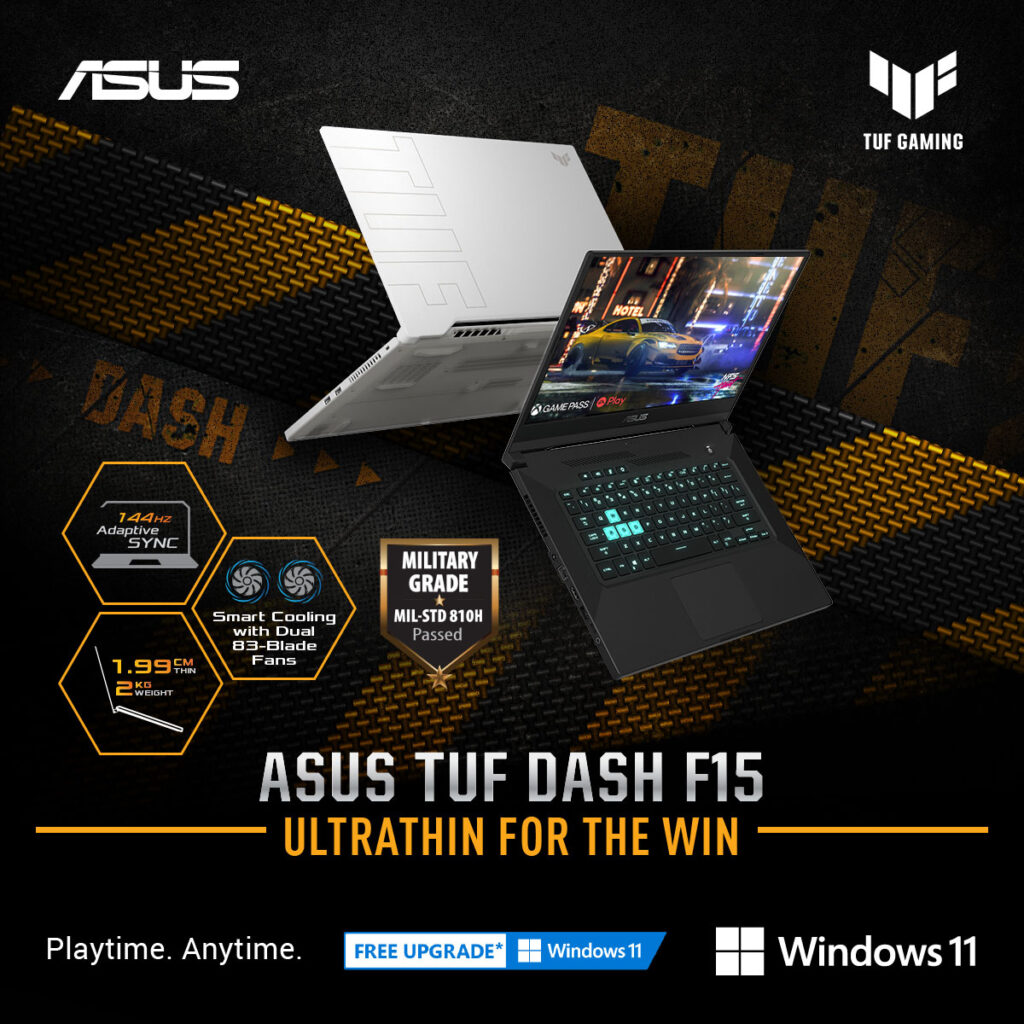 The ASUS TUF Dash F15 has been a market disruptor with a fantastic price-to-value equation, so it’s no surprise that the next TUF generation builds on its predecessor. On the surface, it has an industrial Brushed Metal appearance, while on the inside, it has an Intel Core i7 processor and an NVIDIA GeForce RTX 3050 graphics card. Not to mention the fact that it can run the most recent version of Windows 11 – I’d say it’s a great deal.

ROG Zephyrus G14 as your Persona 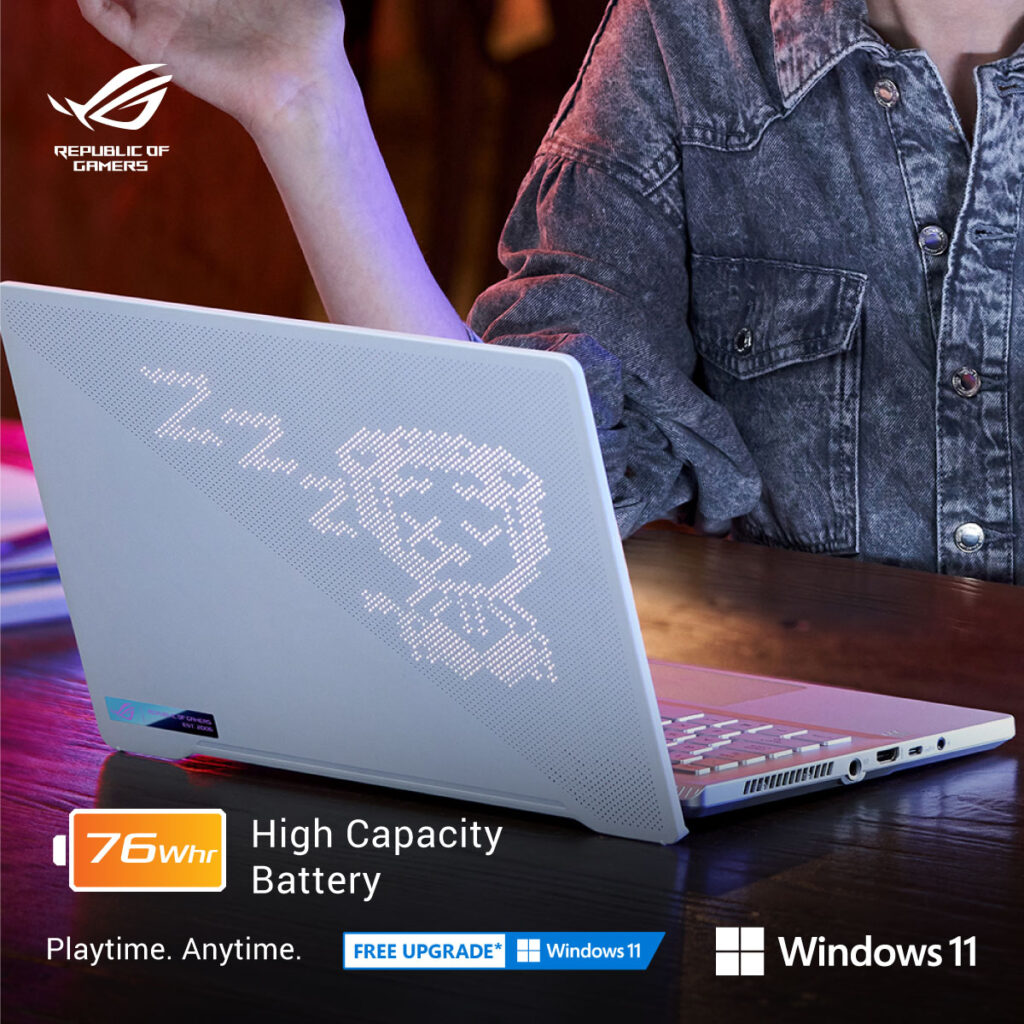 Play the most recent games with realistic visuals. On the console, play with other players. Play with your favorite peripherals. When it comes to playing your own game, Windows 11 allows you to do so.

If you want to express yourself by what you use and wear, the ROG Zephyrus G14 is the laptop for you. You can style it as you want and make it uniquely yours. The AniMe Matrix on the body can display messages, GIFs, and Logos – whatever you desire. That, along with a high-end RTX 3050 or GTX 1650 graphics card and an AMD Ryzen 7 CPU, puts you in excellent shape.

ROG Flow X13 is for those who dare. 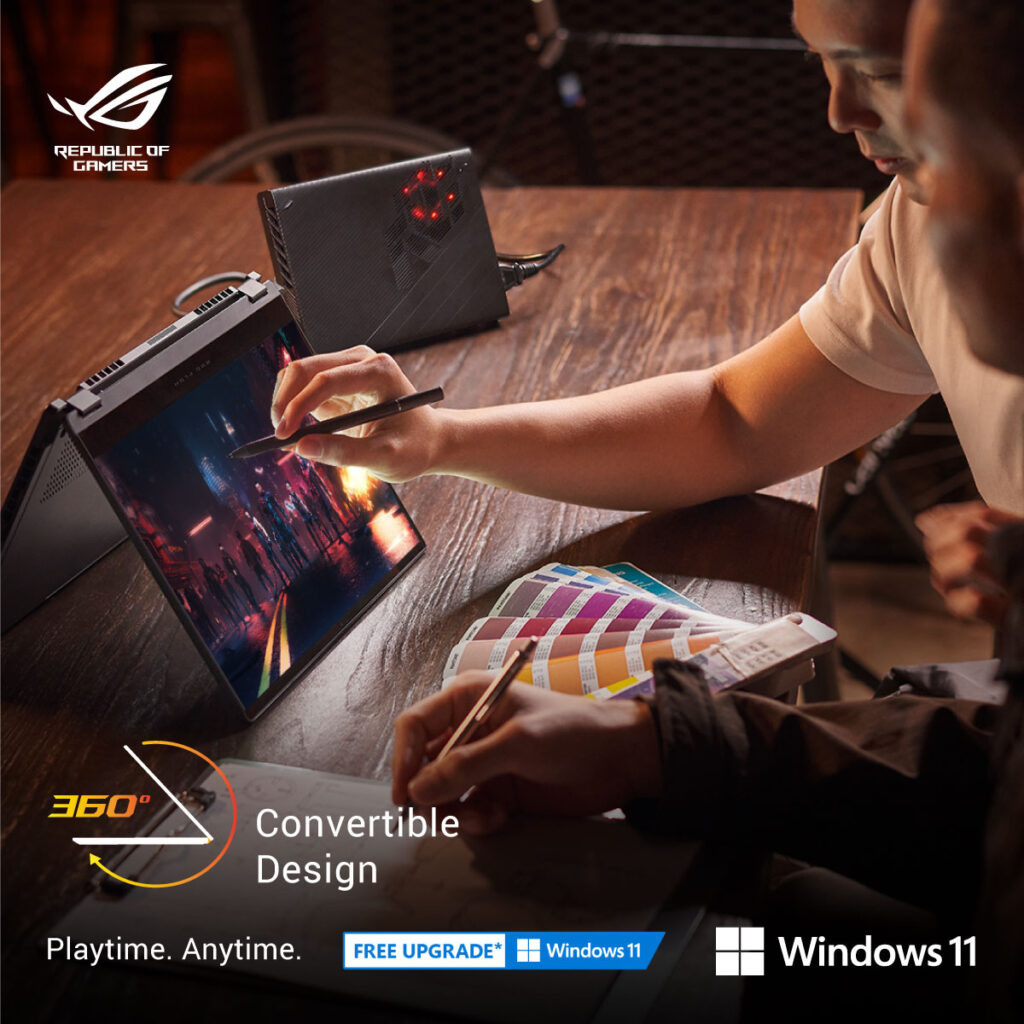 Upgrade to Windows 111 for free Windows 10 Home 1 is included. Upgrade times may vary depending on the device. Regions may have different features and app availability. Specific hardware is required for some functionality (see Windows 11 Specifications).

Finally, the ROG Flow X13 is the ROG laptop you want that defies the traditional Gaming laptop, and rather than being just a laptop, this one folds and unfolds the possibility of doing more with the powerful specifications you’ll find under the hood, and there’s even a port for you to connect an external GPU, which is the ROG XG Mobile – to take full advantage of this laptop. Its slim shape attracts attention, and the fact that it runs an AMD Ryzen 7 and GTX 1650, which is a formidable combination, is no longer a pipe dream but a reality.

There are so many alternatives to pick from, and as we previously said, the days of the boring entry-level laptop are past. You now have more options than ever to meet your needs, and the best part is that you don’t have to spend a fortune to get unique features that were once only available on high-end laptops, as well as performance that will keep you on the edge of your seat, in a good way – all thanks to today’s better NVIDIA RTX and GTX GPUs handling tasks of tomorrow.

ASUS Malaysia is the sponsor of this advertorial.

What does TUF mean in Asus?

A: TUF, which stands for Thermal Unit Flow, is a relatively new term that has recently been revealed to the public. It was first developed by Advanced Micro Devices in 2007 and refers to a particular type of computer cooling solution. The abbreviation itself is not well known outside of tech circles yet even though it has become one of Asuss most widely used product names over time.

Is ASUS TUF worth?

A: ASUS TUF are a series of gaming laptops that come with the thicker chassis and higher price tag, but also offer longer warranties. However, due to their thick chassis, they can be difficult for some people to upgrade. If youre not looking for an upgraded laptop or dont mind upgrading often then it might be worth your while.

A: ASUS TUF is not discontinued. However, it has been replaced by the ROG Strix GL703GS